Commercial Drones are here: The future of unmanned aircraft

Home /TECHNOLOGY/Commercial Drones are here: The future of unmanned aircraft 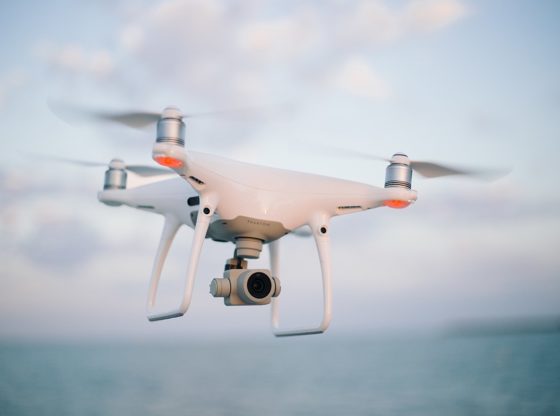 UAVs or Unmanned Aerial Vehicles are best known for their application in military technology. Still, can it be used outside that?

Well, the question is simple. Unmanned aerial vehicles are expert in capturing images of foliage, special events or an aerial view of a particular place.

Applications of commercial drones can go beyond this place for use in industries and retail markets.

For retail stores, there can be drone delivery services using these commercial drones.

It was identified in a report that global agricultural drone market is driven by some relevant factors such as cost-effectiveness, efficiency, and drop in labour. The United States is the largest consumer of commercial drones(unmanned) because their farmers preferred this technology for mechanized farming. Commercial drones are cheaper but also have highly efficient and advanced sensors for imaging. UAVs have IoT sensors which help to increase the seed yield and hence it reduces crop damage vehemently. Manual farming by digital means was one of the greatest challenges for a farmer as it reduces human labour but still, they did not regret their decision as damage is quite less in this method.

Other areas in the agricultural field include PRECISION AGRICULTURE AND PESTICIDE SPRAYING.

According to Financial Express, Indian drone market is expected to grow $885.7 mn by 2021. It is quite clear that the drone job market is going to increase with millions of jobs for the youth. New careers can open up for pilots, UAV operator, engineers and analysis experts. There may be many internships in this arena.

Regulators have published guidelines for these commercial drones which may involve drone operations certified by high profile flight training. Jobs will be created in the manufacturing sector and for the drone, repairing works.

High skilled professionals would be needed to build algorithms to help with the mission of the drone.

“To become a drone pilot, training and assessment are required, as per guidelines released by the Directorate General of Civil Aviation (DGCA), which will come into effect from December 1, 2018. In addition, prospective pilots must be above 16 years of age and to pass a test on their practical and theoretical ability to pilot a drone. Also, a person who intends to become a drone pilot should ideally start by practising on simulators. Soon, drone flying will become another important skill in India. New technologies do lead to fewer jobs.”

Until April ‘16 unmanned commercial vehicles were banned in entire India on accounts of threat and concerns over security. Yet in Nov ‘17 draft regulations were published by civil aviation regulator Directorate General of Civil Aviation (DGCA) to produce a framework that would set guidelines for using commercial drones. They had set the date of DEC ‘18 as the commencement of commercial use of the drone in INDIA. As told earlier it was estimated by Ernst & Young (EY) and Federation of Indian Chambers of Commerce and Industry (FICCI) that the drone sales would increase to be $885.7 million by 2021. India’s new MAKE IN INDIA move is nascent for the commercial drone industry and provides necessary money power for recent innovations in this industry.

Some startups that have progressed the idea of using drones in India:

Skylark is an enterprise domain and works on enterprise solutions. Skylark works on the provided data set and analyses the data in a way so that it can be used for utility purposes.

It focuses on mining, infrastructure and utility industry. The company also provides cloud-based intelligent solutions on its drones.

Edall is a Bangalore based company. It provides design and manufacturing services of electronic components. The company also provides training to students and professionals and is a part of National Aerospace Labs as well as Defence Research and development organization. Various researches include drone development and unmanned aerial vehicle training program.

Capable of lifting 1.5 kg payload it has got his prime use for delivering products and cinematographic uses. The drones can be used for aerial mapping, surveying and 3D imaging.

It can be used for long-range missions. Johnette Technologies provide UAVs for its users for various work applications.

Founded by IITM alumni in the year 2007, ideaForge was well known as the micro UAV industry in India. UAVs can stream live video, create high-quality research incentive images for post-processing and analysis. It is the most high profile asset for crowd management.

UAVs are self-dependent ie. they go on their own and come back on their own after completion of their mission. They have day/night cameras to operate in ebony dark conditions.

Now this one is simply different from the others. With Endurance up to 30 min, the aaravs are a bunch of designers(as they call themselves), developers and engineers IITK, IITB, IISc and IIST. They manufacture UAVs which have a range of 3Km. UAVs include fixed-wing sparrow for surveying and mapping., precision agriculture. Industrial Drone Companies manufacture a multirotor design for industrial inspection and precision agriculture application.

Asteria has been one of the prominent drone manufacturers in India. They manufacturer UAVs as well as remote-controlled drones whose proximity lies between 25-30 kms. It falls under the top branded drone manufacturers in the country. Unlike Aarav engineers in Asteria develop remote friendly unmanned automobiles and are currently developing drones to reduce human effort in packaging and delivering. Asteria manufactured UAVs have greater build quality as well as the higher pulling effect that makes their drones lift a package not more than 5 kgs.