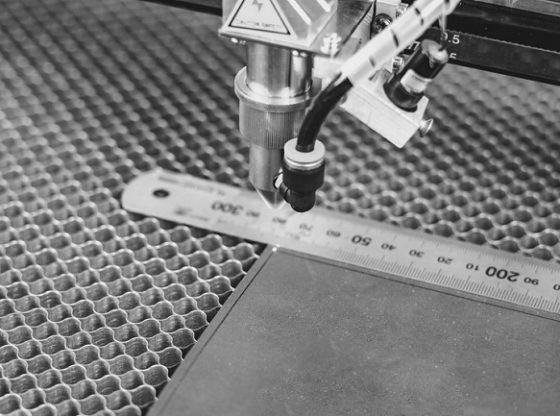 What are considered old and reliable manufacturing processes can sometimes revolutionize new technologies to create incredible results. Such is the case with a brand-new pavilion in Stuttgart, Germany. The experimental pavilion was constructed as a means of demonstrating the use of automatic tape laying to build structures comprised of glass and carbon fiber reinforced plastics.

What makes the pavilion so stunning are its two adaptive ‘wings’ capable of opening and closing like the wings of a ladybird. They can be programmed to do so in a variety of ways and at different times, giving the structure a life of its own. All the while, the pavilion is fitted with seats that allow guests to sit down and rest while the wings do their thing.

Pulling off something like the ITECH Research Demonstrator requires a tremendous amount of computational design. Not only do the designers have to put down on paper every detail of the structure itself, they also have to figure out how they are going to build it with the technologies at hand.

The point of this project was to both showcase computational design skills and test automatic tape laying (ATL) as a means of improving the automation of manual layout processes normally used to fabricate certain kinds of carbon fiber parts. Needless to say the project has proved to be a resounding success.

Automatic tape laying is not new technology by any means. In terms of its use for composites manufacturing, it is one of the most well-established manufacturing techniques where automation is desired. But it is not without its limits. It certainly is not in the same league as additive manufacturing and cold spraying.

Think of ATL as a faster and more precise way of conducting a manual layup. In a manual layup procedure, human technicians gradually fill a tool (mold) with carbon fiber fabric or tape. Each layer is impregnated with epoxy resin. When all of the layering is complete, the tool is vacuumed bagged and put into an autoclave to cure.

ATL does much the same thing except faster and more precisely, explains Salt Lake City’s Rock West Composites. Robots layer strips of tape with speed and precision. Better yet, they can be programmed to orient each piece of tape in a specific direction. This allows for custom orientation where strength has to be concentrated in specific areas of a part.

Looking at the University of Stuttgart project simply through the lens of ATL doesn’t make for a very impressive presentation. So what is it about the project that is so fascinating? Designers didn’t start with the mechanical design and then attempt to mimic nature. They worked in the other direction.

They studied ladybugs and how their wings work. They studied the shape of the wings, including their support structures. Then they took the biological information they gleaned from those studies and used software to translate it into mechanical features they could replicate in their demonstrator project.

It is quite remarkable when you think about it. They translated biological data into mechanical data and then programmed an ATL robot to make it all come to life with glass and carbon fiber. They essentially combined ATL with nature to create something that is simple in its visual appeal but rather complex in its mechanics.

Researchers have taken an older and very reliable process and used it to create something entirely modern. What they have learned from this project will help them further develop both computational design and composite manufacturing.

Select the best VPS hosting in Malaysia – MilesWeb
What is the purpose of Gantt chart?